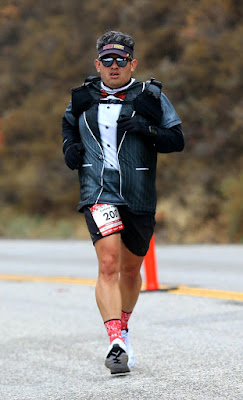 So who am I? What got me to start running? What made me reaching for goals that at the time seemed unattainable or impossible? As the Talking Heads once sang, “How did I get here?”

Well to simplify things and not bore anyone with too many details, here are quick details about me:

My name is Robert Manon. I’m a soon to be 48 year old (soon to be 49) father to 4 children and grandfather to 3. I’ve been divorced for a little less thana decade and have been raising my kids full time. Just one final minor to raise because 3 of my kids are now adults. It has definitely been a struggle and stressful at times to play the role of both parents but I wouldn’t change anything about it at all if I could. 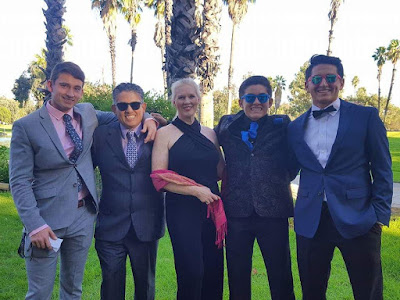 So back in 2005, I attended the expo for the L.A. Marathon. As I was walking around, I met a few people who were Legacy runners for the L.A. Marathon and I thought that was amazingly cool. I thought to myself I wonder if I could ever do that. Well as luck would have it, a racing company named Devine was attended the expo and selling entries to the Inaugural Las Vegas marathon. The excitement got to me and I signed up then and there. I also found a RunDisney expo that was selling entries into the Disneyland Half Marathon. I signed up for that too. I must of gone crazy because I also signed up for L.A. 2006 while I was there. So my Legacy running dream began that day. 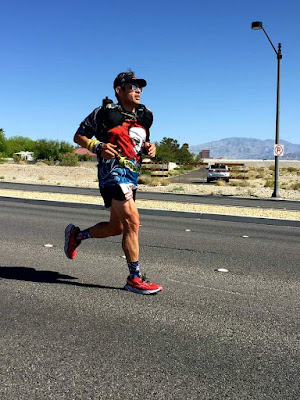 Fast forward to the Inaugural Las Vegas marathon in December 2005, I had no idea what I was getting myself into. I was about 240 pounds, had been very inactive for decades and my training consisted of running 6 miles the week before this marathon. It was cold day and by mile 12 I cramped up bad. I ended up walking (limping) for the remaining 14 miles. I chafed up everywhere and by the time I crossed the finish line it was a little under 7 hours. I vowed never to run a marathon again. 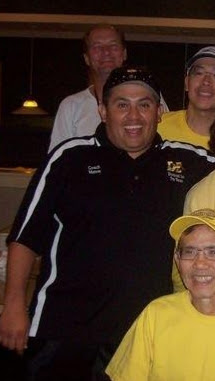 Well, since I had signed up for L.A. I figured I might as well try again. Still went in with minimal training and pretty much had the same results, okay 6 minutes faster but it was horrible. I also ran the Disneyland Half later that year and while it wasn’t a fast time, it was much less miserable and entertaining to me.

Unfortunately sometimes life gets in the way and my Legacy dream in Las Vegas came to a halt when my marriage went bad and eventually I got a divorce.


It took me years to find a way to juggle my job and raising the kids. One day it hit me all of a sudden, the realization that I’m the only parent around and my kids need me to live a long life. I started to work less and actually started training. I would eventually date my girlfriend who was a runner and she wrote up a training plan for me. I eventually decided to sign up for a marathon again and shaved off almost 2 hours. While she helped a lot, I always had trouble following her plan to a tee and she eventually fired me from being her pupil. 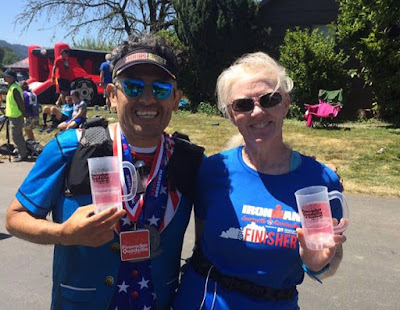 I continued racing and she had introduced me to a couple of running clubs, the Marathon Maniacs and the Half Fanatics. She also introduced me to me people that I like to call extreme runners. These people run every single weekend and achieve insane goals. Running a race every weekend seemed insane. Well, I eventually took on the challenge and in 2013 I tried to run a race every weekend. I mainly focused on the Half marathon distance and when that year ended I completed about 120 half marathon races, 5 marathons and I signed up for my 1st 24 hours race with Across the Years. At Across the years I ended up with over 100 miles and achieved my 1st buckle. 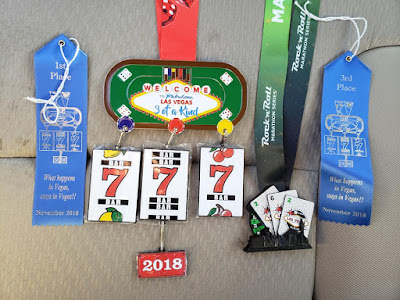 That was an epic year for me and as the years progressed I would step out of my comfort zone and drop about 60 pounds. My running clubs and had different levels of achievements so I set out to hit those goals. I was now running marathon and ultras every weekend. I eventually became faster too while running all these races and qualified for Boston and attended and ran Boston this year in what was one of the worst weather conditions in a long time. I enjoyed every second of that race. 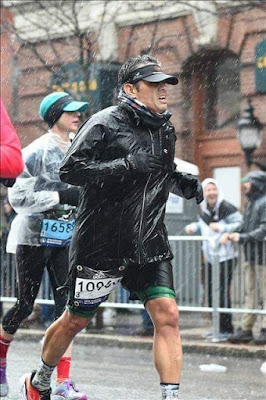 I run into many people throughout the state of California and even the country that come up to me and know me because of social media. They always tell me that they love my goofiness and that I’ve inspired many of them. Many of them know me as Robert or my running alias “Latino Heat”. I think I have been very fortunate in this sport of running. I’ve met many people, that have been at this for years and decades, they have inspired me. Talking to them made me realize that what had held me back for so many years was the lack of believing in myself. Many things in this sport are possible but we have to break out of the prison in our mind. I’ve told many people that the hardest part about becoming a better runner is lacing up those shoes on a daily basis. Once you get that down and step out the door, amazing things will follow. Your only competition is you and no one else. 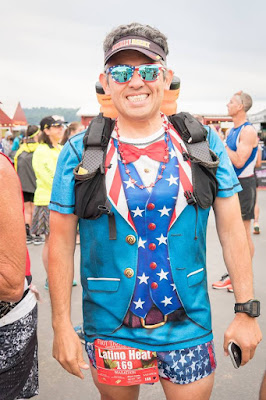 I wish I believed in myself sooner but I have been racking up the races the last few years. Here is my current lifetime race count as of me typing this and a couple of stats:

If you are still reading this thank you! I hope it wasn’t too boring and I do hope to meet many of you on the roads or trails. We can do it anything!
-Robert