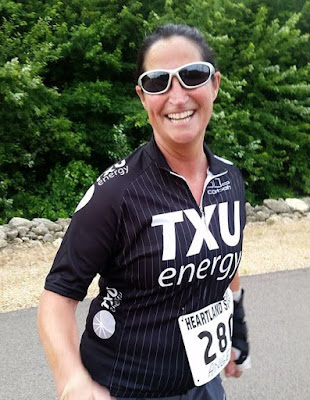 Angela Tortorice is the current record holder for the most marathons run in a calendar year, completing 129 marathons between September 1, 2012 and August 31, 2013.

Angela Tortorice has been running marathons since 1997, inspired after a recent divorce and a new and much more challenging relationship! Angela’s husband was diagnosed with Multiple Sclerosis (MS) just a few years into her marriage. Running 2-3 miles a day helped in dealing with the stress of daily life and helped keep some of the weight off that the in laws help put on with the wonderful Italian spreads during Sunday lunches!!! Angela helped form the TXU Energy Bike MS team in 2003 and has raised over $142K for the cause either through private donations or personal donations through Running the Distance, LLC incorporated in 2011. 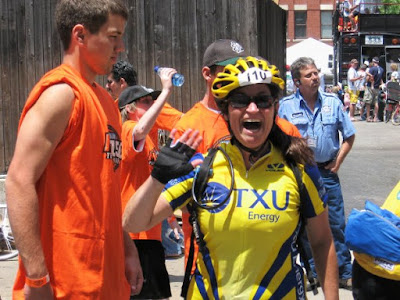 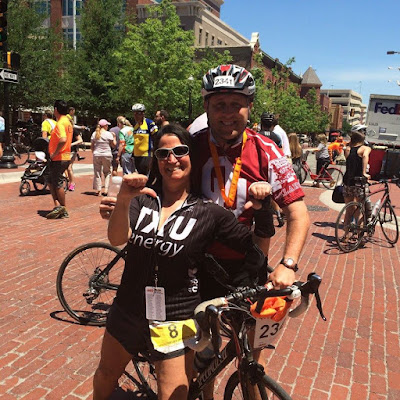 Angela directs 3 different series Texas Double, Texas Triple and Texas Quad giving proceeds from these events to MS. She has wonderful volunteers that make the events a success.

Angela was inspired by the previous record holder Yolanda Holder to try to go beyond the current limits. Although she worked full-time, her company supported her efforts all along the way.

Angela is a member of the 50 state marathon club having run a marathon in all 50 states 5 times, a marathon maniac (Hall of Fame member and Marathon Maniac of the Year) and #1 in the USA for most marathons run, female with over 800 lifetime marathons. 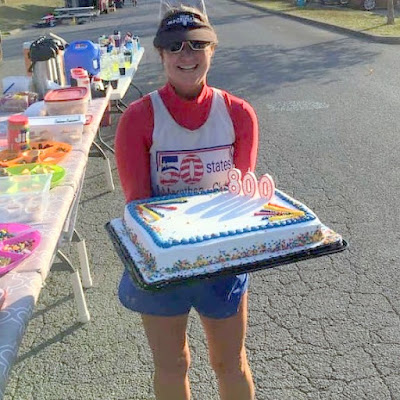 Angela faced many challenges in 2018, including the loss of a relationship, but most of all the loss of her Mother. The running community (including a trip to Australia with Steve and Paula Boone) is what helped her get through the challenges. If it were not for running she knows having a continued, positive outlook would not be as possible. She credits her success God, family and friends!!! 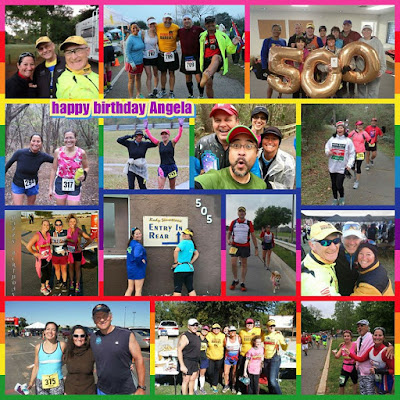