In the "Spotlight" with Jenn

Meet the Tough Minded and amazing Jenn from Temecula California. Jenn is a wife, mom, author and marathoner! 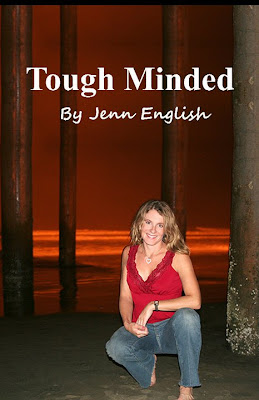 My doctors all think I am crazy for running marathons and ultras with Asthma and Optic Neuritis, but I’m Jenn English and no one is ever going to slow me down. You might ask why a person faced with the challenge of two chronic and serious medical conditions would choose running as a passion and a hobby. The answer is that I LOVE running. Maybe I chose running or maybe it chose me, but either way, it’s in my blood and it will be until I run my last mile on this Earth.

Asthma hit me in about 2002, just after the birth of my daughter, Lexi. I don’t know why I was hit with adult onset Asthma, but it has been rough. Having a reduced lung capacity makes every run that much harder for me than for the average person, but I thrive on the challenge. 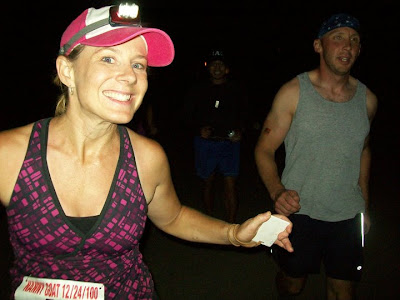 Optic Neuritis is even worse than the Asthma. I was diagnosed with it in 2004 when I suddenly woke up blind in one eye. It is a neurological condition that inflames the optic nerve and has a fun collection of other effects as well, such as fatigue, headaches, dizziness, eye pain, and insomnia. I was lucky that my initial blindness was able to be treated and did not become permanent. I have had two major bouts of Optic Neuritis and every bout makes permanent blindness possible. As it is, I still deal with bouts of blurred vision, flashing lights in my field of view, and sometimes tunnel vision. Naturally, stress brings on the effects and sometimes if I push too hard on a run, I WILL pay for it.

Facing these hurdles, most people would just give up and be a couch potato. I wasn’t willing to do that. Almost everything good in my life has come from my running. When I feel sad or down, running is my therapy. Nothing shakes the blues for me quite like a good run. 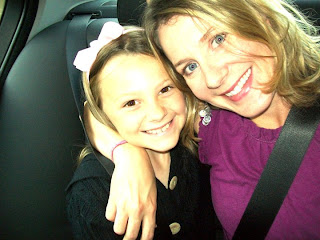 For several years after my daughter was born, I struggled emotionally and financially as a single Mom. Running got me through the hard times. After I recovered from my second bout of Optic Neuritis, I knew I had to stay fit and move even if it killed me . . . haha! Lexi and I would enjoy our mother-daughter bond as I ran her in a jogger all over the dirt covered hills of Southern California. Some of our favorite places were Verdugo Mountain and El Moro Canyon. I recommend both! The training paid off and I was able to run my first long race, a half marathon, in Huntington Beach in 2007. 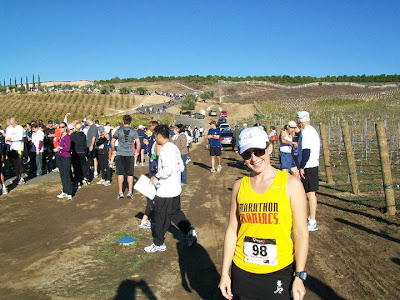 That experience led to another benefit that I have gotten from running. At my very first distance race, the Pacific Shoreline Half, I met my "running partner for life" and future husband, Bob. He shared my passion so much that we ran the Rome Marathon together on our honeymoon. Just recently, we both did our first 50 miler together at the Nanny Goat in Riverside. Isn’t it amazing what running can bring to your doorstep?

Through running, I have even had the chance to give back to the sport by becoming a Race Director. Shortly before we met, my husband started a race called the Big Cat Challenge. He held the first one on his own, but we have co-directed every race since then. So far we have directed 3 ultra 12 hour challenges and one half marathon together. It has been a great experience to make dreams possible for fellow runners. We have had so many people that completed their distance PR at our December Big Cat Challenge. Many people would be amazed that I was actually a bit shy for much of my life. Running gave me the strength and the courage to be in the spotlight. 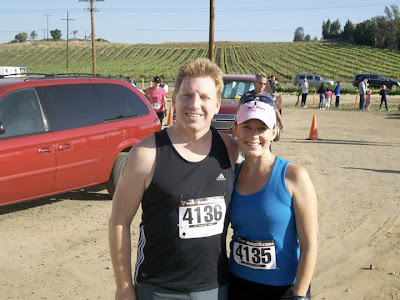 I have been a runner since I was 11 years old, but really hit my stride and had a reawakening when I started long distance running just a few short years ago. Since that first half in 2007, I have run over 50 races of varying distances. I have run races that were walking distance from home and others that were as far away as Italy and Ireland. Every road, trail, dirt path, and hill calls out to me with a little voice that says "run on me."

People often ask about my favorite races and I do have a few. I truly enjoyed the Hard Corps Marathon at Camp Pendleton. This race is my personal time PR and was also the race that made me Marathon Maniac #1467! Rome Marathon, from my honeymoon, is also a huge favorite. There was something otherworldly about running through the historic cobblestone streets of Rome. My final favorite would be the Bataan Death March Marathon in New Mexico. The marathon was unbelievably tough, but that toughness was nothing compared to the heroism and grit of the World War II soldiers that we honored by running it.

Family and friends tend to think I am a little bit nutty. Every time I hit another milestone, they just shake their heads and wonder why I am so driven. That fact really touches on the greatness of running. I don’t run for other people – 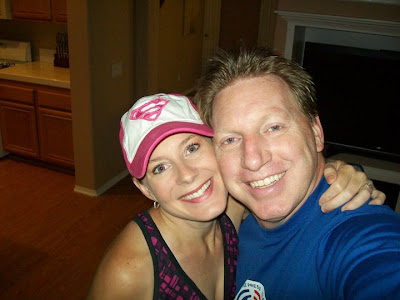 I run for me. That’s the beauty of it. I run for me and it makes me a better person. I feel better, I act better, and sometimes, when I’m really lucky, I can touch the lives of others and make their life a little better too.

I am willing to bet that if you are reading this right now, you are a runner or you want to be one. You are either inspiring in your own right or you are looking for inspiration. I guarantee that if you want inspiration, you will find it out on the roads and trails of this world. Make every moment count.

Read more in my book: "Tough Minded" available at www.JennEnglish.com

Friend me: www.facebook.com/jennenglish26.2
-Jenn-
Posted by Walking Diva at 2:09 PM

Labels: In the "Spotlight with Jenn