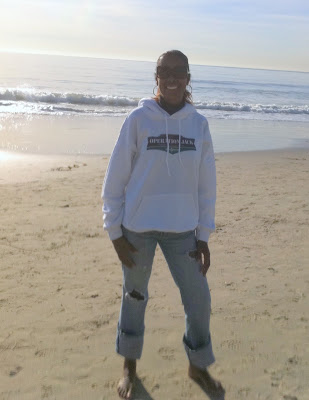 DREAM BIG, BELIEVE YOU CAN, SUCCESS DON'T COME TO YOU, YOU GO TO IT, CHANGE YOUR THOUGHTS AND CHANGE YOUR WORLD, WINNERS MUST HAVE TWO THINGS - DEFINITE GOALS AND BURNING DESIRES....

This week in the spot light is Annette from Chicago and she has a wonderful story. 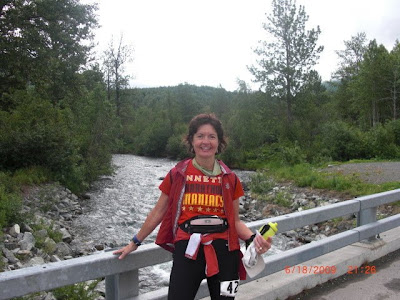 Annette writes: I was never much of an athlete as a kid and not competitive in the least. However in early 2000 after having my last baby (four boys) over 14 years of trying (7 miscarriages) talk about persevering right? I think even my doctors thought I was a bit nuts. Well with high risk pregnancies I certainly never wanted to starve myself so at the age of 41 I noticed those pounds were impossible to lose without ramping up something besides a trip to the dinner table. My brother a tri-athlete goaded me into running, he said "you've never used them so your knees out to give you several years of running if you start now"! So I started walking a lot like you (Yolanda), loved it did an Avon 60 miler three day and realized it took awhile to get the miles I wanted to try for so started to run. In between I went on a diet and lost 65lbs which is still gone. Thank you God.
I think I really thought of myself as a runner when one morning while on a treadmill at our local fitness center one of the personal trainers said to me."hey you're a runner, why don't you join my running club?" Boy was that a compliment, that this fit cute gal actually thought I was a runner and the rest is history. I started with her club, added two more, met so many local people, many became very close friends, entered 5K', 10K's halfs and then the Chicago Marathon. Had the misfortune of being injured and running it in hideous pain, with my saint of a husband. I had bought him a bib for his birthday present sort of as a joke thinking if he ever did train enough to run with me, that would be even more fun. Well he surprised me, trained, got faster than me and stuck with his injured wife the whole 5:26 ish time and never complained while I complained. After the race we looked at each other and said this marathon thing has got to be better than this or so many people wouldn't do them. So we found one the following spring, ran outside in the snow and ice all winter and drove to Cleveland the following May. I ran 20 or 30 minutes faster and was hooked. I also thought we were pretty damn hot doing TWO MARATHONS IN 6 MONTHS. We loved the running ran another in the fall, then I went with one of my clubs to Miami in January. Heard about the Maniacs and the rest is history! The best part of the running honestly is the friendships with so many wonderful like minded folks, like you! I never cease to be amazed at what we can do when we persevere and join forces with each other.
My only regret is that my dad who died from a massive stroke 25 years ago and my mom who died from severe dementia 4 years ago could not have been around to witness. But somehow I think they know and approve.
I took your advice, I am registering for a doozie of a race Madison Marathon in MT in July at 9000 feet altitude I hate altitude but Diana Burton persuaded me she needed me to keep the bears away from her. Come join us, doubt I run a step, plan to enjoy the views. Best of everything to you Yolanda, you are such a positive good light out there for others.
-Annette-
"50 State Marathon Finisher 12/12/10"!!!