In the "spotlight" with Rick from Illinois

Meet the amazingly smart and funny Rick from Illinois! 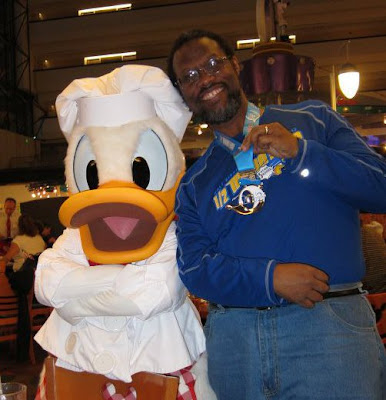 My journey to a healthier lifestyle started at the end of April 2010 when I was surprisingly diagnosed with Type 2 Diabetes. There I was, looking at a glucometer showing a reading of 297 (normal is between 70-99). At 50 years old, I was an obese 351 pounds and now, a diabetic. And as the doctor explained what Diabetes was and all the ways it can shorten my lifespan, I decided on new goals for my life:

1) to get control over my diabetes (without long-term medications)
2) to live a more active, healthy lifestyle
3) to get to a healthier weight by losing 160 pounds 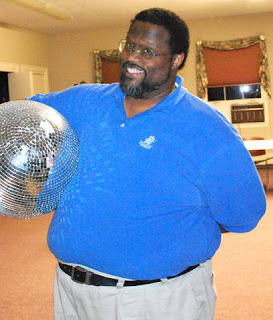 I joined Weight Watchers the very next week to learn about better food choices and portion control. I met with a Registered Dietician to learn about Carbs, Fats, Protein, Fibre, and Calorie intake. I was put on three daily medications. "Change your eating habits first, then we'll add in exercise", the doctor said.

So the journey began. By the end of 2010, I was 50 pounds lighter but still on diabetes medication and finding it difficult to walk for longer than 15-20 minutes at a time. I was making progress but I needed to do something more.

On January 2, 2011, with my doctor's approval, I started walking on a treadmill. By the end of January, I was walking 45-50 minutes a day, 5 days a week. In February, I started Strength Training for two days a week and using stationary bikes. In March, I graduated from walking to very slow, light jogging. 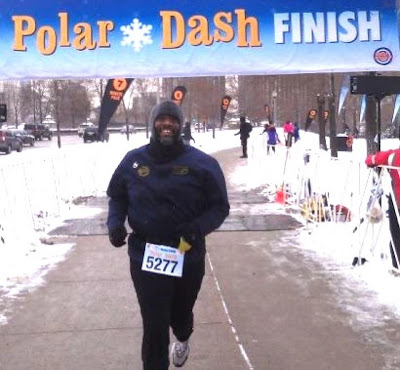 That's when I started working with a Personal Trainer, who encouraged me to join her cardio class 3 days a week. Then she suggested I consider running. I was skeptical, but she worked with me and I slowly started to RUN. My first race was the Weight Watchers 5K that May; I finished with my family cheering me on. It was a wonderful feeling! And I even got a medal for coming in second in my age group! After that, I was hooked and started to focus more on running.

In August, I reached an important weight loss milestone, having lost a total of 100 pounds since May 2010! And because of my weight loss, better eating habits, and improved physical health, my diabetes had been under control (normal blood sugar levels) for almost 4 months! I was beginning to see a real possibility of reaching my three goals!

My running was also improving! I ran my first 10K in late August. And I decided to set a big milestone: to train for and run the Disney World Half Marathon in January 2012. I do best when I have a challenge before me! 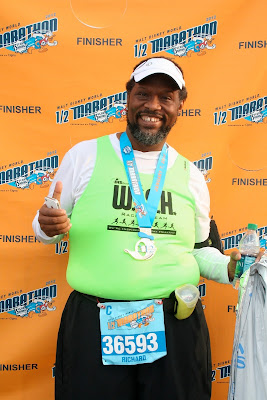 In October, Goal #1 was reached! My doctor took me off all my diabetes medications! My diabetes was fully under control through diet and exercise alone! What a blessing and sense of accomplishment!

I also achieved Goal #2 -- living a more healthy, active lifestyle -- with my weekly routine of running, strength training, and swimming. I was feeling the best I had ever felt!

I ran a total of 13 races in 2011. Never in a million years would I have dreamed of doing something like this! And I am still on my journey. I still have 50 pounds to lose to reach my 160 pound weight loss goal.

Oh yeah! And the Disney Half Marathon? I ran it in 2:29:01! It was a magical and powerful moment when I crossed that finish line! I also ran a 5K at Disney with my 13-year old son (his first race).

I have more races in my future! I finished my second Half Marathon on Jan 21st and qualified for membership in the Half Fanatics! A proud moment for me! 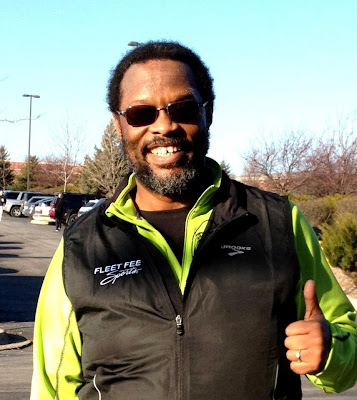 I am keeping an online record of my journey at rickpeete.squarespace.com to hold myself accountable and hopefully encourage others to try. People say this all the time, but seriously, if I can do this, anyone can do this. It just takes the desire to take the first step, and then keep steppin!
-Rick-
Posted by Walking Diva at 10:56 AM