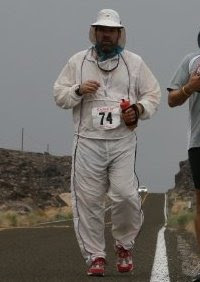 Let me start out by saying I’m not a born runner. At 5’10” 195 pounds,  I was made much more for farming than for long distance running.  That being said I’m as stubborn as a mule and tenacity has served me well over the years at Badwater.  Additionally, I have an enduring passion for the sport and have always been a believer that this is equally as important as natural ability. Secondly, understanding my weaknesses I am in a constant state of transition, each year trying to focus on my weaknesses to allow myself to survive against the field of awesome athletes that show-up at the starting line each year. This year I had focused heavily on hill training. I arrive in Death Valley this year extremely excited knowing I would be the first person to complete 10 Badwaters in 10 years. I was also nervous as I had decided to run a Double Badwater in celebration of my 10 anniversary. As my previous record was 155 miles attempting to 292 miles was nothing short of intimidating but then again the greatest adventures in life are those that challenge your limits.

Race morning came quickly with my top notch team ready to push me. I had circulated a schedule that would improve my previous record by 2 hour and 20 minutes. 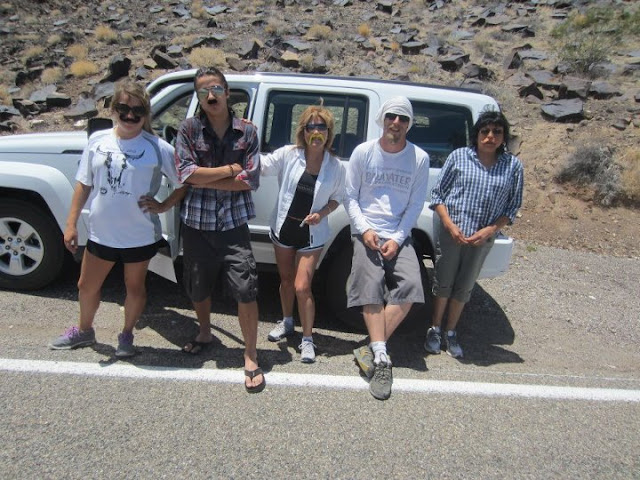 Starting at 6 am I went out fast trying to take advantage of the sub-100 temperatures. Everything went very smoothly and I arrived at Furnace Creek 3 minutes behind my PR but feeling strong. I continued the push on my way to Stovepipe Wells, I have always considered this part of the race the make-or-break as this is where the heat can damage the body and leave you unable to finish. A milder year than normal I was able to maintain a constant jog and reached the 120 degree Mesquite Flat Dunes with a 7 minute PR, in good shape but not without damage as my Hoka running shoes had failed me for the first time and blistered both heals. Repairing the damage I switched into my 2 year old Bär shoes and realized I had made my first mistake of the race as I had tried to save $200 dollars by not replacing these proven companions. 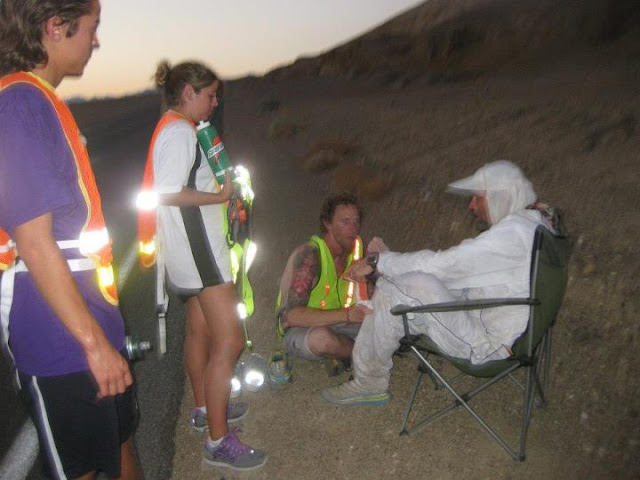 Climbing the cruel 17 mile route up Townes Pass I realized that my hill training wasn’t going to help me as fatigue made my advance slow, the good push over the first day had taken its toll.  Badwater is a team sport and my crew went to work keeping me positive and stuffing me like a Thanksgiving turkey with constant food. I took a 20 minute nap atthe top of the pass and continued until finally reaching the 72 mile check-in station at Panamint Springs just after 3am, a weak hour and ten minutes behind my PR.
Not wanting to disappoint my day crew I pressed-hard up Father Crowley trying to get to the top before they came for their 6am shift start and only missed my goal by ½ mile. Energized by the sunrise I reached the Darwin checkpoint 26 minutes over my best.
The day went better than it had ever gone in past years, having learned last year that constant food intake significantly improved my finished I had a full pantry to choose from and kept stuffing my face. My energy remained high, my crew kept me motivated with jokes, stories, trivia questions and a light hearted spirit,  we were having a party in the desert! I arrived at Lone Pine 1 hour and 20 minutes faster than any of the previous 9 years, things were looking optimistic. 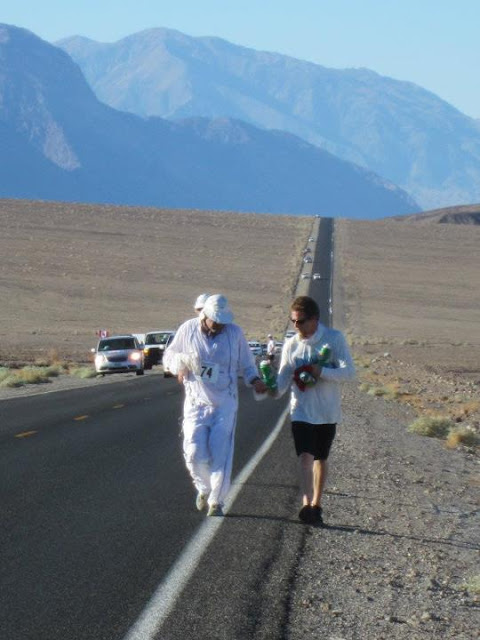 The lower section of Whitney went well, I consumed Gu every half mile in hopes to prevent any late stage crash. As I reached the switch backs I gave it everything I had using an odd but efficient speed walk. We counted road kill as I continued to pass other runner 5,6,7, although many of these racers had later starting times having the ability to pass them kept me motivated; the hill training that was not used on Townes Pass was now paying off. I reached the finish line 42 hours 42 minutes after I had started, a 2 hour 4 minute PR. 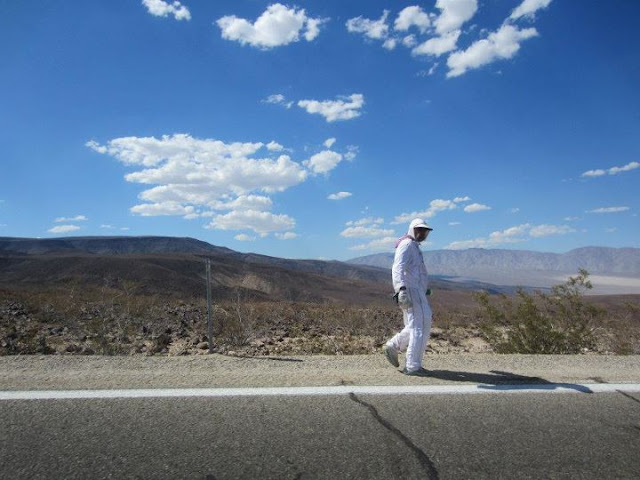 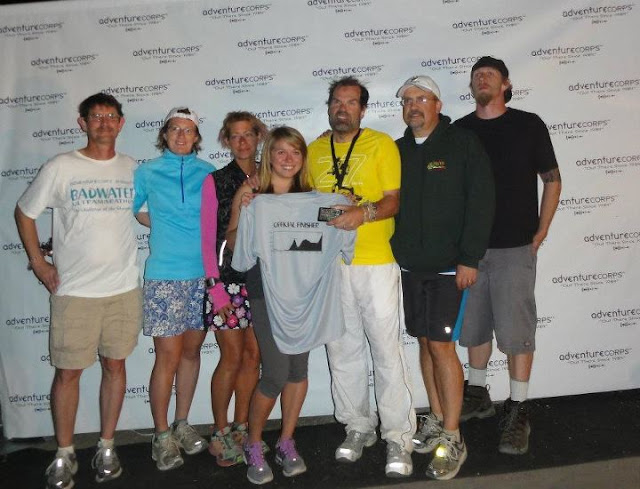 It was a truly incredible year, with the new PR we set out for Whitney 3 hours after the award ceremony, feeling incredible we were within one mile when thunderstorms hit the peak and we were forced to turn around. Knowing I had more to give I continued down the mountain, took a few hour break and went to the finish line for my return trip back to the start. This was a truly amazing adventure, with family and friends supporting me we completed the brutal 290 mile trip and an official Badwater 135 Double 54 hours and 55 minutes later with a total elapse time of 141 hours and 10 minute having only 11 hours of sleep along the way. I tell people that ask “why do you run” that I’m always trying to find my limit. I truly believe that I found it over this one week journey but it will go down as one of the greatest times of my life.
-Dan, 10 time Badwater finisher-