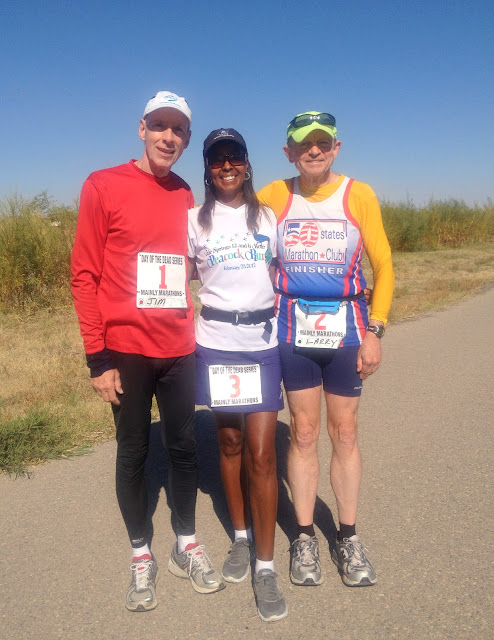 The inaugural "Day of the Dead Marathon Series" was held in Las Cruces New Mexico.  The series consist of 4 days of marathon distance or a half marathon.  I had the honor of running with some of the top marathoners in the world.  Jim Simpson (in the red shirt) is making history.  Jim is the new North American record holder for lifetime marathons.  967 marathons and will reach 1000 marathons by March 2013.  Larry Macon broke his Guinness record and still has two months to increase it.  Jim, Larry and I are the only three people in the US that have run over 100 marathons/ultras in 12 months.  Traviss Wilcox (UK) and Angela Gargano (Italy) have run over 100 marathons too and we are the only five in the WORLD!  Pretty cool... 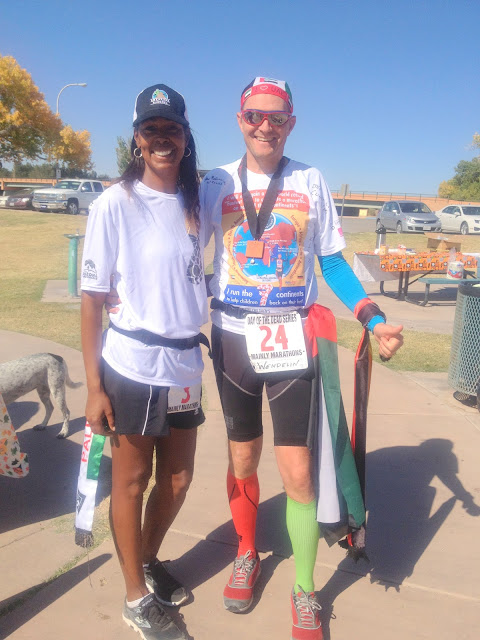 I had the honor of meeting Wendelin Lauxen from Germany. Wendelin is on a journey to regain his World Record for the least amount of time to do all 7 continents. 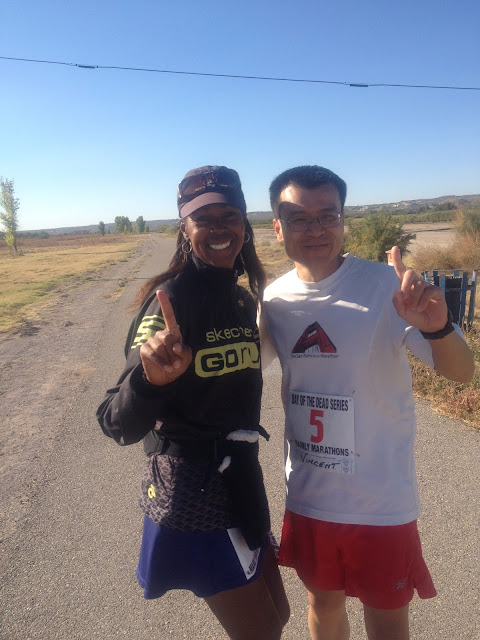 It's always fun to see Vincent!  Good luck on your 100 marathons in a calendar year! You got this... 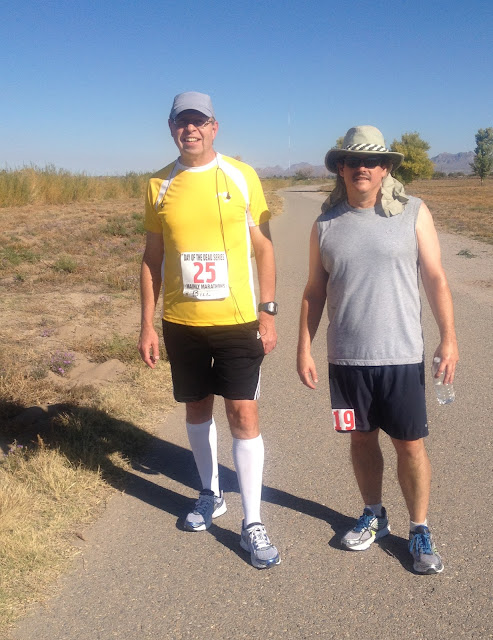 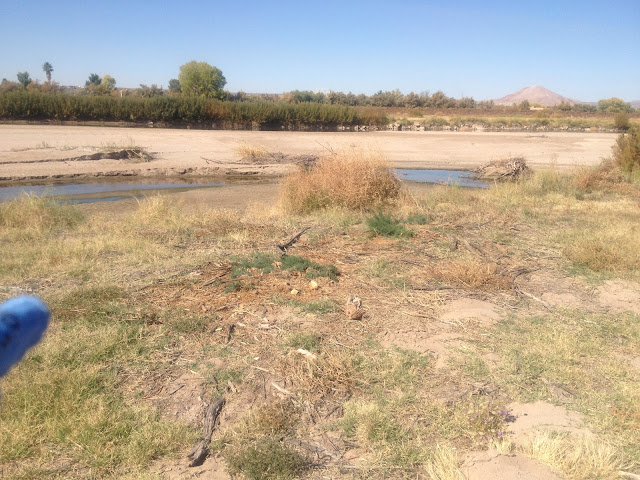 The course was a three mile out and back on a flat, paved, scenic trail along the Rio Grande. 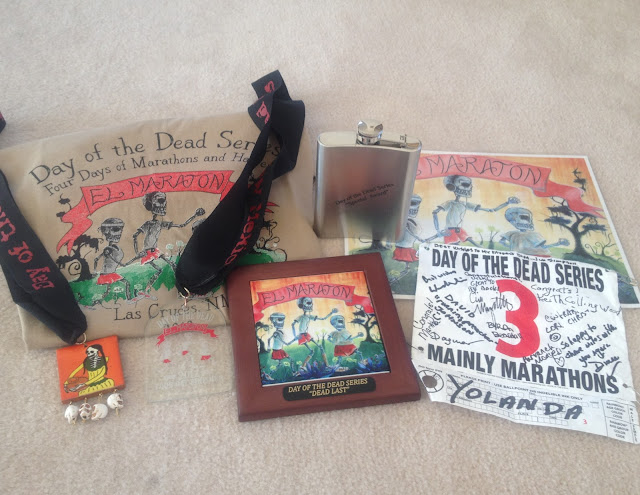 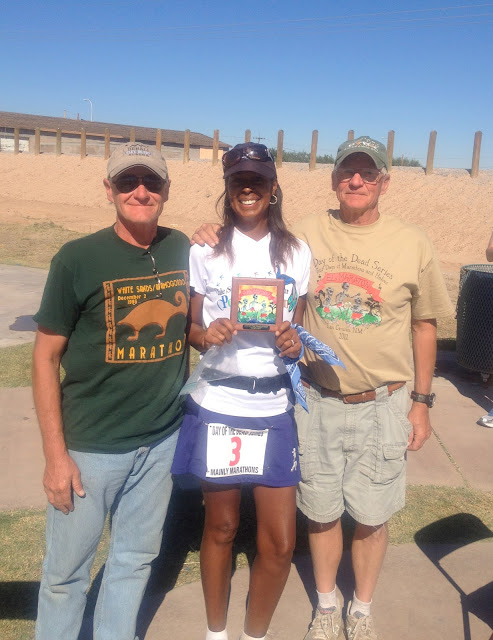 Thank you race director Clint of "Mainly Marathons" for a well organized race.  Mainly Marathons motto is "Go Slow, Go Far, Go Often".
"5 Days, 5 Marathons, 5 States" is the next event...check it out!
www.mainlymarathons.com
Posted by Walking Diva at 5:56 PM