In the "Spotlight" with Kimmie

Meet the fabulous and amazing Kimmie from Chicago! 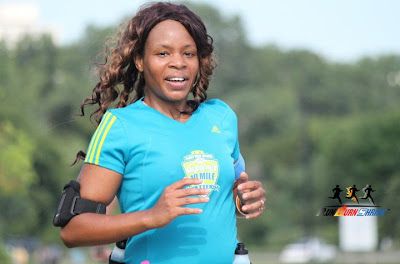 Kimmie Brown is a regular city girl from Chicago, Illinois who began running on a whim. Two years ago, I would have never thought that in 48 months I would have completed 2 marathons 7 half marathons and countless 5k, 8k and 10k races all within months of each other. The first time I took a run was in May 2009. I was 130 pounds heavier. I ran literally for 45 seconds. Those 45 seconds nearly killed me. I remember a group of teen boys driving past me who had obviously observed me struggling and they yelled out the window “keep running fat *** (mean words followed). At that point I knew I had to get my health in control. While their words hurt me deeply, what hurt more was I was 29 years old and couldn’t run one minute. While I wasn’t super active in High School, I wasn’t completely sedentary either.  I walked about 15 miles a week and did strength training two hours a week. Following High School, I joined the Navy where physical exercise was a must. I questioned myself heavily “How could I let myself go in 8 short years?” Had I become so wrapped up in being a mother and working that my health wasn’t important anymore? 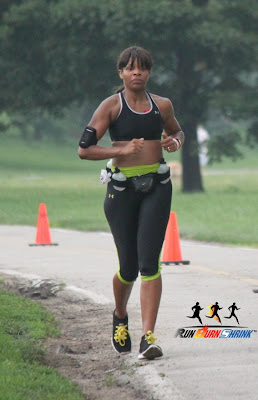 When I arrived home all sorts of emotions ran through me. “Should I go try again tomorrow?” “Should I quit now?” “What do I do who do I turn to?” My ego was severely bruised but not broken. I started researching healthy weight loss options, came up with a plan and started my journey to HEALTH AND FITNESS. In 2009 just a few weeks after my initial run, I signed up for the “United Run for the Zoo 5k”. It took me 51 minutes to walk/run but I did it. My road to Marathon Mama had officially begun. In 2010 I completed the Chicago Marathon, (2) 10 mile races,( 4) half marathons the Willis Tower Stair Climb and the Aon building stair climb. In 2011 I have completed the Georgia Marathon March 20 and I am currently training for Chicago (October 9). In addition this year I have completed 3 half marathons, 3 5ks and 1 8k. My 2011 goal was to complete my first 50k October 29, however I recently found out that I am expecting, therefore I will run/walk maybe 10 miles and drop out of race. My ultimate goal is to become a MARATHON MANIC which I hope will happen in Spring 2013, by completing the LA marathon (march) Illinois Marathon (April) and Rockford (Illinois) Marathon in May. 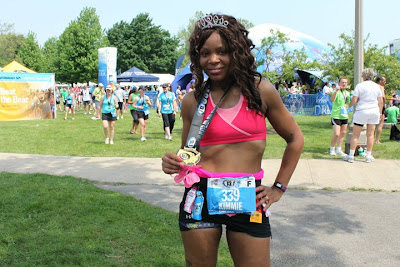 As a wife, mother and career woman, I have learned to balance my life to include exercise as a major component. My children completed their first 5k Girls on the Run in November 2010 and they will do it again in 2011. Although my exercises will change I have made a commitment to myself to continue moving throughout pregnancy as LONG AS MY DOCTOR ALLOWS. Soon my miles will be walked instead of run, however as long as I can move I am excited. I will begin training for 50k June 2012 if everything goes ok with labor, delivery and post partum. 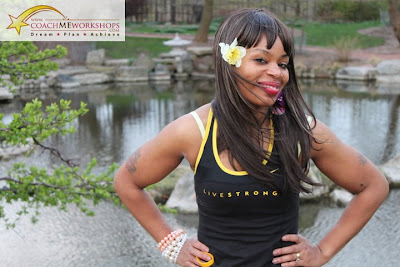 I have decided to dedicate my miles in raising funds for Endure to Cure a charity that raises funds for the fight against Pediatric Cancer. It’s a great organization and I would encourage readers to check it out www.enduretocure.org. For those interested in donating to me personally as I run miles for kids, please check out my page https://www.enduretocure.org/team.athletes/kimmie-brown
-Kimmie-
Posted by Walking Diva at 2:06 PM

Labels: In the "Spotlight" with Kimmie