In the "spotlight" with Daniel from New York!

Meet Daniel from New York and see the face of determination! 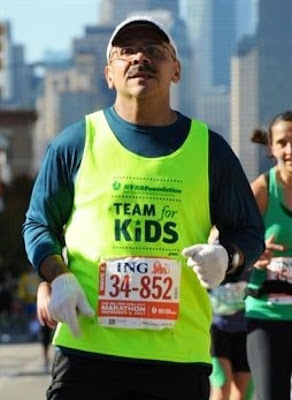 2001 was the year that changed my life. I’ll never forget the pain that radiated throughout my chest. I’ve heard of heart attacks, I’ve never had one, but I knew something was happening that wasn’t quite right. I kept feeling pains in my left side and I was petrified. The pain was so sharp, that it would paralyze me with fear.

Unable to face this fear, I turned to my usual comfort, food. There I was, possibly having a massive heart attack, but lifting the lid of the pot to grab a spoonful of arroz con pollo (chicken and rice). This how bad my addiction to food was.


I realized I had to check myself into a hospital as soon as possible. I was overcome with emotion at the thought of saying goodbye to my daughter forever. I took a cab to the closest hospital and was immediately admitted. Extensive tests were run, and I was told that I was not having a heart attack. My relief was short lived as they found highly elevated sugar levels in my blood. 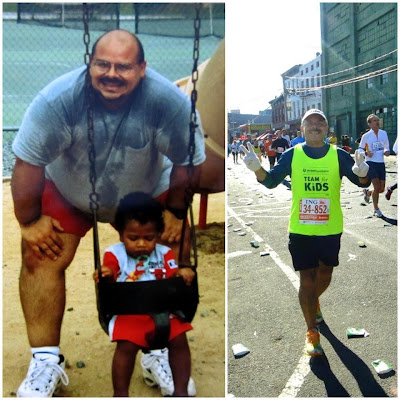 Right then and there, I was diagnosed as a Type 2 diabetic. I was grateful that I wasn’t having a heart attack, but still there was this dread. Diabetes meant to me a lifetime sentence. I was so angry with myself, with no one to blame but myself for my predicament.

I was in the hospital for 4 or 5 days. During that time the doctors performed a variety of tests, one in particular was the stress test. It was humiliating, because even the smallest of activity left me breathless.
A battery of health care professionals came to see me while I was hospitalized. They all seemed to have the same message, to change my life and my destructive habits.

Their change meant medication, but I wanted a different way. I didn’t want to be chained to a medicine cabinet for the rest of my life. I remember going over my test results with an endocrinologist, and his prescriptions. I could feel this wasn’t right, something inside me couldn’t accept this. I pleaded with him to let me try to balance my life. I would eat right and exercise for the first time in my life. The skepticism in the doctor’s eyes was understandable, but I was adamant.


So I started researching about diet, exercise, and diabetes. I wanted to become informed about this disease and how I could fight it naturally. The run/walk program from the American Heart Association’s website was a revelation. After pouring over the information from their site, I decided I would follow this plan.  It consisted of an end goal of running for 30 minutes building up in increments. Initially, you run for 1 minute and walk for 29 gradually increasing the time spent running.  I was fired up with idea of finally taking control of my life, running a minute seemed completely feasible. Then came the harsh reality of actually running that minute. The humbling stark truth was that even 30 seconds seemed more than arduous but impossible. I even wrote in my journal how can runners run for hours when 30 seconds seemed so long. But nevertheless I was determined to run that minute and succeeded. I finally was able to run 30 minutes in four months time, bringing tears of joy to my eyes. 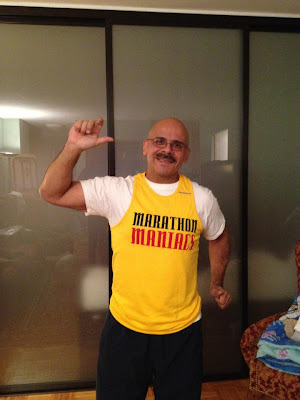 I ran on my treadmill for a few years, afraid to run in the streets like “real” runners. But entering my daughter in roadrunner’s races sparked my interest in running in race for myself. With a friend’s added encouragement, I completed a father’s day 5-mile race.


The solace I sought in Chinese food and pizzas, I replaced with the serenity of running. Since starting this life style change, I have lost almost 200 pounds, reversed the effects of my diabetes and improved my asthma. I have successfully completed 9 marathons. I have gained a great new circle of friends that support this change. I have the security of knowing I will see my daughter grow up.  I guess you could say that running saved my life. 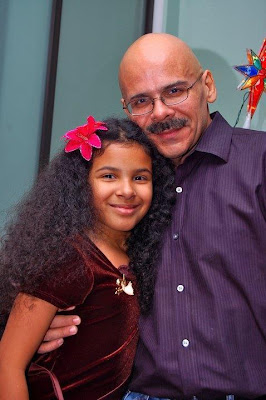