In the "Spotlight" with Barb 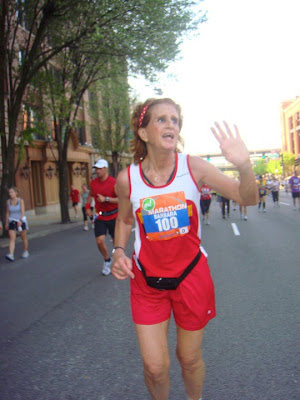 Barb Wnek completed her quest to run a marathon in every state on December 11, 2010 at Kiawah Island, NC.  and will run her 100th marathon at the on May 15.   She is a physical education/health teacher, kindergarten-sixth grade, in the in .  Barb also teaches for the Gifted Resource Council’s Summer Camps which include Space Academy, Math, Marvels and More, and Junior Science Searchers.  She has been teaching for over thirty years and holds a masters degree plus thirty hours in physical education with an emphasis on exercise physiology. 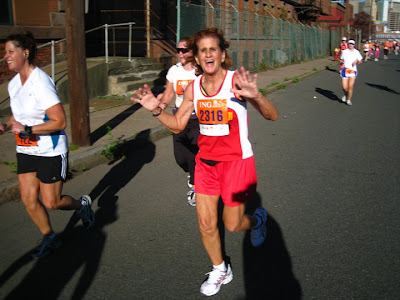 She has written two books published by Human Kinetics for physical education teachers, the most recent is Celebration Games Physical Activities for Every Month.  Barb loves to use her creativity in her teaching techniques.  She was selected as one of Dole’s 5 A Day Creative Teachers of the Year and invited Jackie Joyner-Kersee to attend her award presentation.  Jackie came and spoke to her students.  Because of her creative teaching ideas, Barb was selected as an Olympic torch bearer in for the 2004 Olympics. 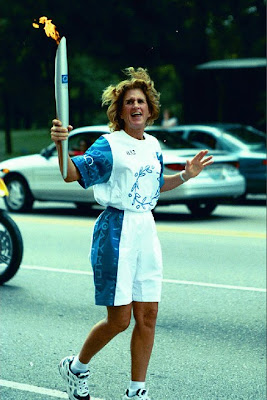 Barb inspires her students to lead healthy active lifestyles through a program she created called the Health Bee.  It is the culminating activity for her health classes for the school year.  Students compete for trophies by answering questions about health and along with each question there are costumes and music.  Elvis the Pelvis and the Bone brothers, the Salad Sisters and the Vitamin D-vas are just a few.  In addition to running marathons, Barb country-western dances on a television show called Country which airs in on Saturday nights.  Barb is 61 years old and has no plans to retire or slow down any time soon.
-Barb- 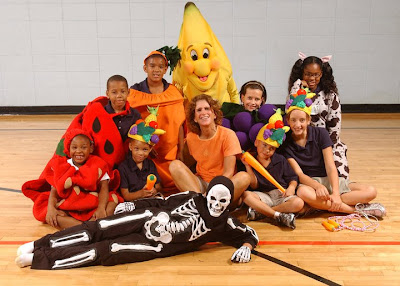 Labels: In the "Spotlight with Barb