In the "Spotlight" with Dr. Moses 80th Birthday 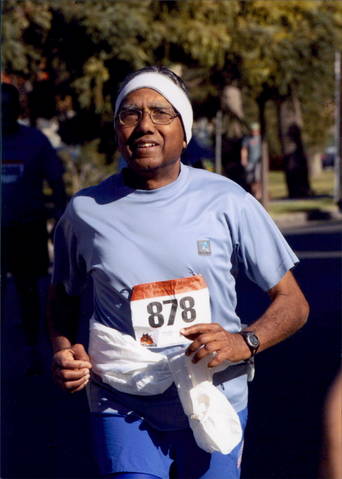 On May 1, 2012 Moses Christian M.D. turns 80 years old.  Dr. Christian currently runs one marathon a month. a feat he has been performing uninterrupted for 13 years at least.
He is a prostate cancer survivor who continues to work full time both in general practice and as a surgeon. He is a AMAA member and has run the Boston Marathon with the group
for 16 years. (American Medical ASsociation of Athletes). He was honored as one of the heroes of the 2010 Carlsbad marathon. 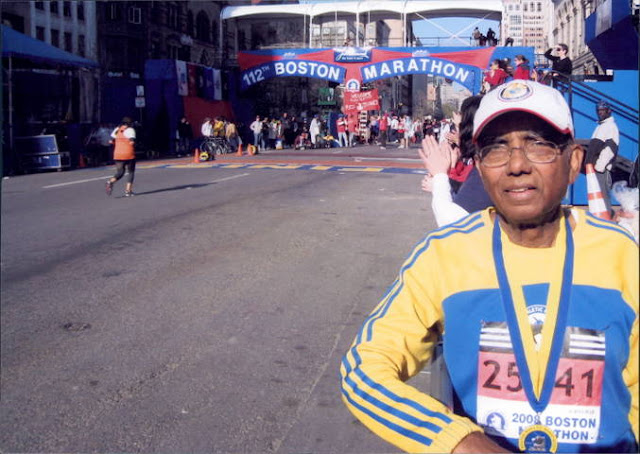 Born in 1932 in Poona, India, Moses was guided towards a career as a surgeon by his parents. His mother wanted one son in the medical field. He attended medical Surgery and the

American Board in Thoracic and Cardio vascular surgery. In Canada he is a Fellow of the Royal College of Surgeons.
Dr. Christian's path to marathoning started in the 1990's. Devadas Moses his cousin started urging Moses to to try marathoning. He was not sold on it and had many questions ad was skeptical. "I was curious as to how people can run 26 miles, so I thought I would try it once" That experiment led to him running marathon after marathon. 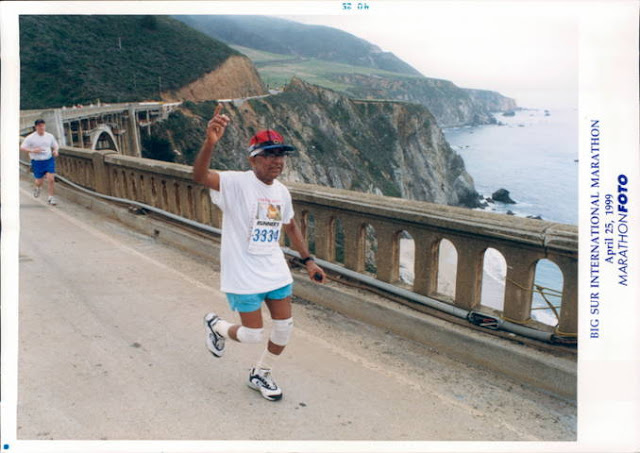 He began training for a marathon with the Loma Linda Lopers, a running club in July of 1993. They gave him all the support and training needed. In December of the same year his
doctor delivered the news that he had prostate cancer. Moses had already got attached .....addicted... to running. 1994 would be the year of the battle with prostate cancer and yet it would
also be the year of Moses Christian's first marathon. 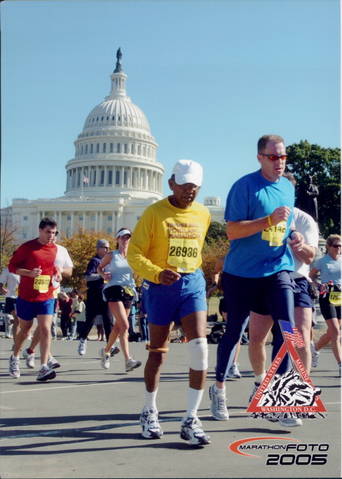 He decided to wage the war on cancer with exercise. "I did not want to stop my exercise, and I thought if I go to surgery it might affect my running" he says. He decided to focus on holistic approach that included plenty of running, which he is certain boosted his immune system tremendously. Also, a vegetarian diet and an attempt at a stress free life and an "attitude of mind" He drank lot of carrot juice. In the end Moses had no surgery, no radiation, and no chemotherapy. He continues to run and work and he goes by the Warriors code. There is no retreat. The body says 'quit' and the mind says 'never'. 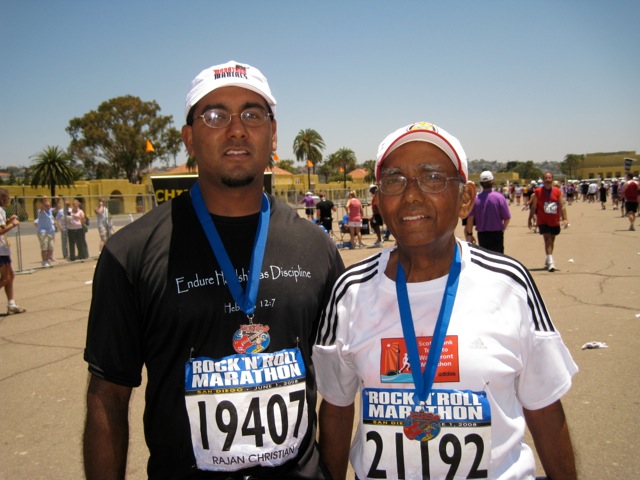 Moses with son Rajan at RNR San Diego Marathon
Moses kept running every month and his daughter Brinda would go to support him. His wife Lena would do all the registrations, booking hotel and flights and travel with him. His one son Rajan showed no interest till one day in 2007 after he had done a Disneyland half marathon with a bunch of cousins, he got the bug. He started running with his dad and then they both became members of the Marathon Maniacs and Rajan has done over 54 marathons himself. Lena does not have to travel or take Moses to the marathons any more as Rajan takes his dad.  I did take them both to the Los Angeles marathon this year and drop them off at the Dodger Stadium and picked them up in Santa Monica. 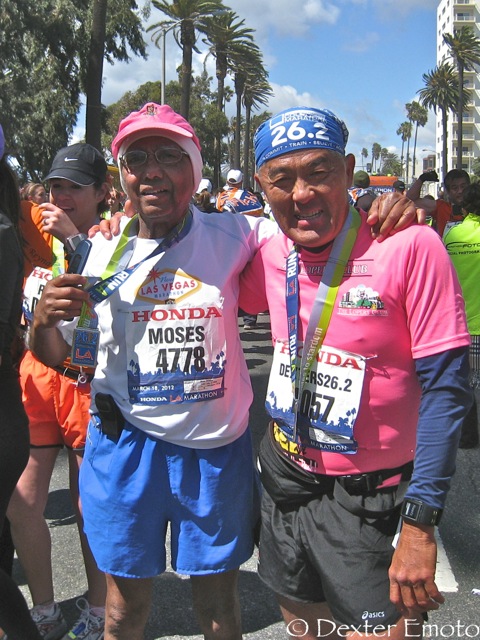 Dr. Moses and friend Dexter  - LA Marathon﻿
Moses feels that his ability to work still, run and be in good health is due to the running. He does a lot of charity work and goes to India regularly to help in the medical clinic and orphanage his sister has in India. Medical Missionary work is very close to his heart.
-Moses-