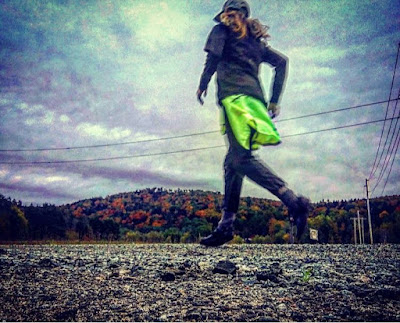 Having spent the better part of my childhood playing in the desert, and choosing to be unshod, or at least minimally shod, the minimalist lifestyle has always appealed to me.  Pedestrianism was not always a choice, but a way of life. To a large degree, If you wanted to go to your friend's house, you walked. And once you got there, we either walked to where we were going, or we jumped on our bikes. It was not a chore, it's just how it was. Walking four miles to Circle K to read the comic in the wrapper of a piece of Hubba Bubba bubble gum was enough for us! For most of my entire young life, I had walked to school or to the bus stop, (which were separated by miles, not driveways). 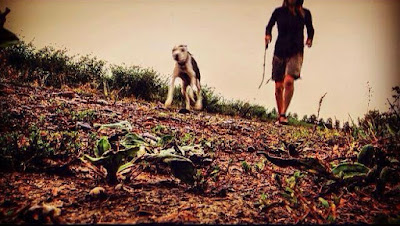 My love of walking and cycling long distances eventually led to running. I began running relatively seriously a few years ago. The original reason for me to pick up the trot was to help a canine friend of mine, who suddenly found herself homeless. My idea behind the running with her was to keep her stress level down, and it worked like a charm. One mile led to two, then three.... 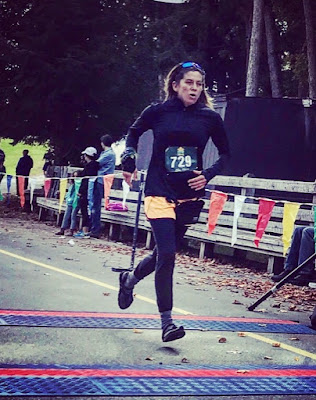 I was hooked. I began racing local 5ks to help with local charity. That felt really good, so I ran longer distances, and for more Charities, ultimately accomplishing Ultra Distance. (Over 26.2 miles.)
Having admired several athletes (which very much includes pedestrianism) over the last few years, I have experienced a wide range of relationships with people who share common interests. You do not have to be fast to make a difference. You just need to move. The long pedestrian, running and biking distances appeal to me for environmental reasons as well. Improving your health while using no gas is a win/win, and always feels good. 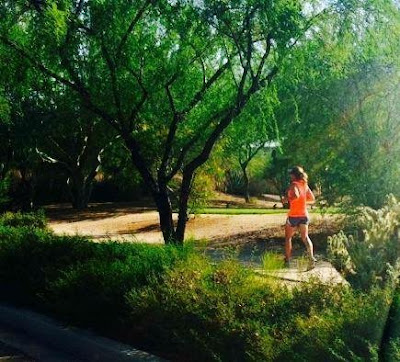 Using all of these tools as an athlete who has no limits with a key focus on the environment has led me to this community of people. That has been the biggest benefit of all!

-Beth
Posted by Yolanda Holder at 7:22 AM