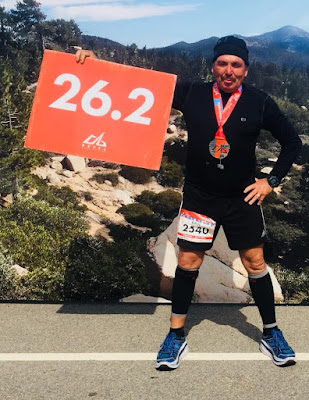 Hello friends, let me tell you how I gained my passion for running. I'm Mexican, born in Guadalajara JAL. I remember in my childhood I was very hyper. I was a trouble maker, and it caused my mother a lot of headaches. I remember once I watched my mother kill chickens to make a chicken soup and I, at only 6 years old, killed my grandmother's favorite parrot to make “chicken soup”. Well, she almost had a heart attack. I also remember riding a horse. At one point I rode it at such a high speed the horse threw me off and dropped me, causing me to fracture two lumbar. I learned my lesson and I stopped my mischief for the remainder of my childhood.
When I was 20 years old, I noticed that I was passionate about walking long distances, but I did not like running. Well years later, I started working for the Red Cross as a volunteer, which helped me explore the world, visiting several Central American countries and sending me to elementary schools, to vaccinate children of ages 6 and 7 years old. I remember having vaccinated many children in El Salvador, Honduras and Guatemala against Poliomyelitis and Smallpox. In the mid-70s I was sent to Peru in a humanitarian support coverage group to help the victims of a strong earthquake. While there, I found a large group of athletes and some of them did long distance walking and others were marathon runners. One of them had won the London Marathon and I believe other marathons. This is where I found a love for running. 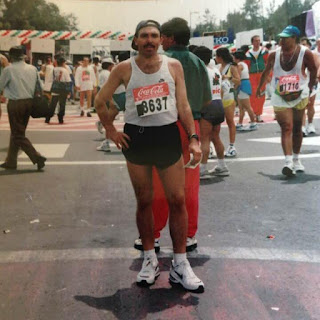 After my humanitarian support to the victims of the city of Lima, I was invited by that group of athletes to walk 150 kms in three days, at Lake Titicaca in southern Peru. I accepted, on the condition that I would just walk, because I had never run in my life. The first day we walked 50 km in 10 hours, the next day another 50 and finished another 50 on the third day. While back in the city of Lima, the guy who had won the London marathon suggested that we visit the Machu Pichu Cuzco. He asked if I would accompany them, and I told them YES, however, I would only do walking. They looked at me, laughed, and said of course! Three days later we went with the group to Cuzco. Then, the following day, extremely early at 5:00 am, we went with a bigger group of people to Machu Pichu. All of them were very athletic, except me, I was very skinny. It was cold, dark and I was very afraid, yet I was there ready to face the Inca trail. I remember I was carrying a heavy hand lamp, a backpack with two bananas, some oranges and a bottle of water, and my fears. 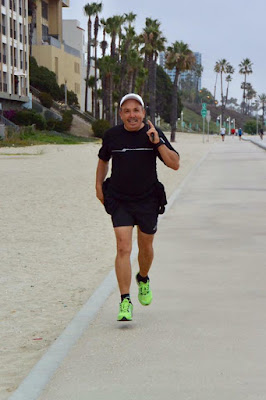 We began to climb the trail. Almost every single person began running, I didn’t want to stay behind in a place I did not know, so I began to run behind them. It was dark, no sunlight, and I could not keep up. Eventually, I was left behind with no one in sight. After a few hours I reached the top with my empty backpack. I had eaten my fruit but left my fears behind. Once I reached the Ruins, I seen the guy who had won the London marathon. He was wet, fatigued and coughing. I asked him “Where is the group?” He responded “You’re the first one behind me.” He looked at me very surprised. I was in shock, just enjoying the beauty of the archaeological zone and Ruins. He continued to stare at me, with a surprised look on his face and laughing. He then told me, while pointing his index finger at my chest, “You have to run Marathon”. I then asked him “How many kilometers is a marathon?” Immediately he told me “42:195” Those words stayed in my head. When I returned to Mexico and the United States, I was curious to begin running. I prepared myself in distance and speed. I then went to run the Mexico marathon and achieved a time of 2:42. With time and more races, I exceeded that record, but I never achieved a third place much less a first one. I then ran some marathons to be able to qualify for the Boston Marathon. I ran a few more marathons in Boston. I also ran in New York, Chicago, San Diego, Honolulu, Canada, France and even some in Mexico, but never won any! 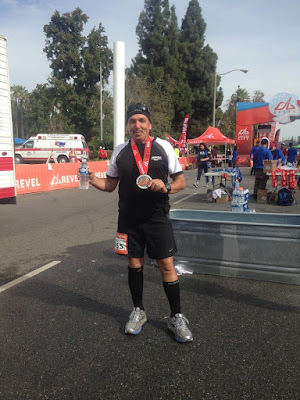 In the 80s I began running Ultras. I was one of the very few Latinos in these races. I started to meet many American friends, which always supported me, and I loved running the Ultras with them. This was the beginning of my addiction to running Marathons. I began running more and more marathons. My friends told me I was crazy and that I needed mental help, because they saw me in many marathons. I began to feel ashamed that I was running numerous marathons, that I even began hiding it from them. As the years passed I continued to run, but my age caught up to me. 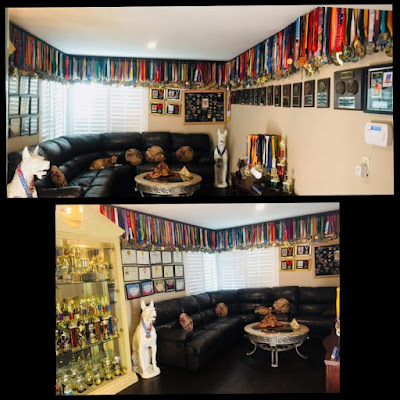 I'm about to turn 68 years old. My speed has dwindled down some, along with some of my reflexes. Currently I hold a record of 640 Marathons and Ultras. With 12 Ultras of 100 miles, many of 100 kms, 50 miles, 50 kms and the others of pure marathon. I was never attracted to running small races, just Marathons and up. I recall running two half marathons and did not like it. It’s about to be 43 years that I have been running races. Within that time, I have had major knee surgeries and almost lost a leg. I ignored the surgeon's orders and returned to running marathons. I have a large room of medals and awards, but for me, the most important thing is not the medals, it is the great family of friends that I have gained in these 42 years of running. 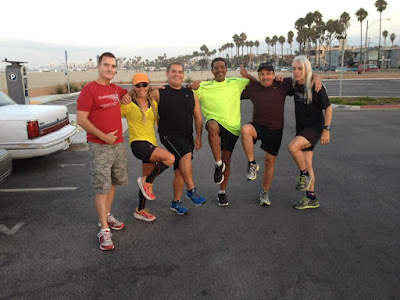 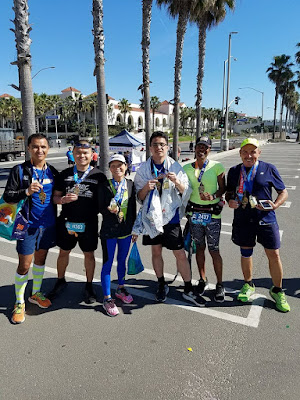 If you ask me if I have met success, I’ll tell you I've never met him, but if you know where it is, please lead me to it.  One thing I can tell you, is the perseverance and tenacity can lead you to achieve your goals.  I will also tell you that it is good to dream, but get up to grab those dreams and make hem come true.
-Your friend Raul Santana

Posted by Yolanda Holder at 8:33 AM