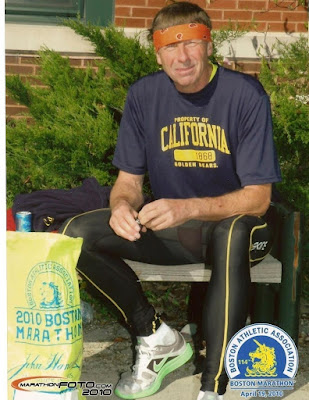 I began distance running at age 29 and ran for 3 years before completely torching my knees after my first marathon sending me into 20 years of running avoidance!  In 2001, I met some distance runners in Minnesota and began training for ultras.  50M Run on the Sly, 62M Edmund Fitz, 92M at FANS – I kept moving up. Then after moving to Prescott, AZ in 2004, friends like running star Heidi Schuette, gave me the Boston bug and I qualified 5 times beginning at age 58! My 2014 race with the bombing in Boston was quite emotional but too lengthy to describe.


I still ran ultras after moving to Prescott.  I got involved in the local running community, starting a running club.  Before long I was forming and administrating new races while helping with several others.  In 2009 I was awarded the Al Clark award by the YMCA for the individual that most helped advance running in our community, a huge honor for me.

Several local runners still tell me that they got into running because of me, that I trained with them at their speed and ran alongside them in their first races.  I have done well running myself but knowing I helped a few others along the way has made the running journey one of my greatest accomplishments.  I have many friends in the running world – who could ask for more? 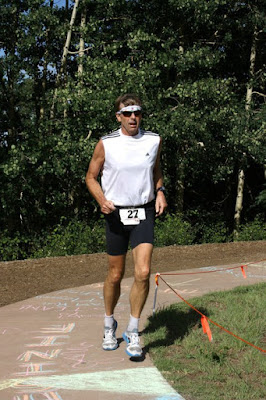 I am also honored that Yolanda would pick me as an inspiration!  Indeed she inspired me without knowing it and without knowing me.  A few years ago I watched her go mile after mile in the Across the Years multi day event.  I remember commenting to my significant other Deborah – “How can she do that?”  Then I got to meet Yolanda at the 2017 FANS race only to discover that she is even nicer than she is talented.  I sure hope our paths cross again.