Tony is Walking Around the World 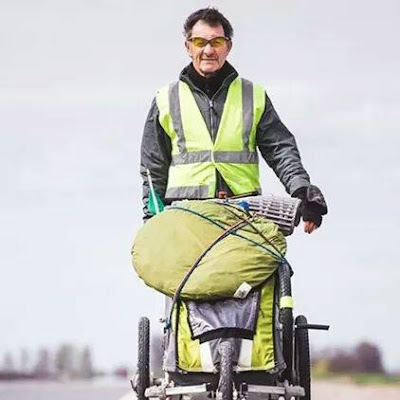 When Tony Mangan was in school he was bullied. He was told by some teachers that he was talentless, and even worthless and was considered a sports wimp for he even obtained a doctor's note to excuse him from gymnasium classes. Aged, about ten he was bitten by a dog and as a result he was terrified of even the smallest of puppies.

However, Tony fought back and one by one he beat up the bullies. After reading a book about an Irish woman who cycled from Ireland to India and with  extraordinary self-belief he went on to cycle around the world between 1978 and 1979. In doing so, he chased away German Shepherd dogs in the Turkish mountains and also slept in bear country in North America. During his world cycle  he was also trapped in Tehran for six weeks during the Iranian Islamic revolution when the border to Afghanistan was closed. He survived by twice selling blood plasma. 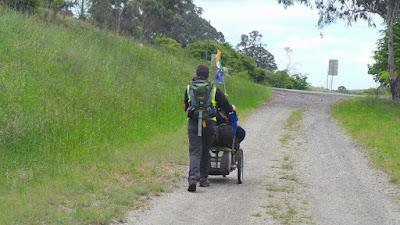 Fast forward many years later and Tony drifted out of cycling and into running. Five weeks after lacing up his first pair of running shoes he ran his first marathon. It soon became apparent that the further the distance Tony ran the more competitive he became. So, it came as no surprise when he started to run ultra marathons, or extreme races as he prefer to call them.

During his competitive career he represented Ireland on six occasions. He also broke four world records and became known as a 48 hour specialist. Two of those records he still holds today. Imagine running for two straight days on a treadmill?  Well that's what Tony Mangan did when he broke the world record for running 48 hours at the Longford Marathon expo in Longford, Ireland in August 2008. His distance of 405 kilometres (251 miles) is still a world record today 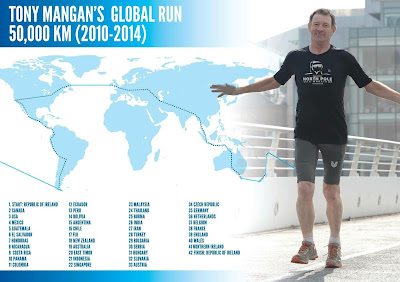 The previous year in a 48 hour international race in the Czech Republic he set the world 48 hour indoor track record when he beat a star-studded field to run 426 kilometres (266 miles) In doing so he also became the first runner in history to run over 200 (124 miles) kilometres in two consecutive days when he ran 223 (139miles) on day one and 203 (126 miles) kilometres on day two. That world record still stands today. 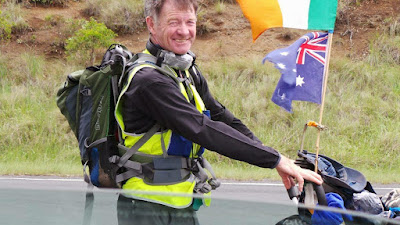 During all this time he dreamt of an audacious challenge to run around the world and effectively achieved that when he crossed the finish line of the 2014 Dublin marathon after running 50,000 kilometres (31,000 miles) in five continents in four years. 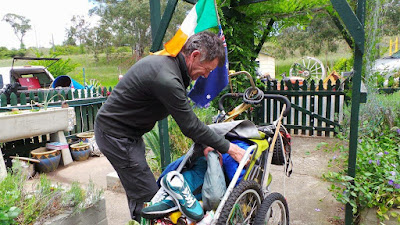 That ticked off and retired from running he is now living his Plan B dream, to walk around the world. This world walk began in February 2016 and he has walked almost 19,000 kilometres (12,000 miles )  across Europe, Russia, Mongolia, China, Vietnam,Australia, and he is now In New Zealand 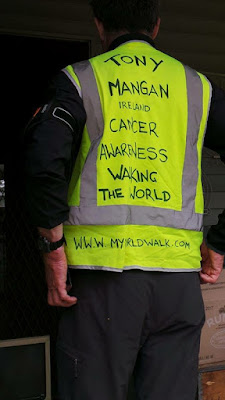 Tony is walking around the world with a cancer awareness message: that life is precious and early cancer screening saves lives. The reason he is walking for cancer awareness as his mother was diagnosed too late when he was almost half way through his world run. She lived to cross the finish line with him and sadly died five months later.