21 Days of Inspiration and Motivation - Day 14 with Cheryl Zwarkowski 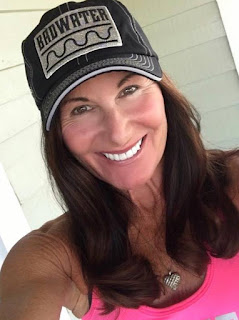 To explain—I started training in 2000; I was 42 years old.  I began with a Personal Trainer at the gym and began walking and then began very short runs around my neighborhood with my ENTIRE goal being to be able eventually to run a 5K!   I did so within a couple of months, then a 10K the following month, and a half-marathon the next month.    My first marathon was the LA Marathon in March of 2001, almost a year after I first began running.  The feeling of elation and empowerment I had when I crossed the finish line was beyond words—I was “hooked” and knew, just KNEW, I could do anything!  And I also wondered at that point what my limit(s) were. 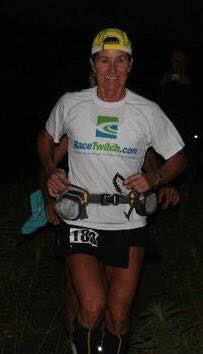 I went on marathoning for a while.  In 2002, I set my goal to do a marathon a month, and ended up doing 13—perhaps ambitions of going farther and doing more were already set in motion.  In April of 2003, I did my first Boston Marathon.  I followed that up two months later by entering a bodybuilding competition.  I competed in several contests over the next two years and at the time held several titles; however, the lure of running kept calling.

I returned to running in late 2004 with the idea of doing ultras; but, to back up a little bit, in 2002 a friend gave me the book titled To the Edge:  A Man, Death Valley and the Mystery of Endurance, by Kirk Johnson.  It was this book that turned me onto the idea of the Badwater 135 and ultrarunning; until I read this book, I literally had no idea that this world EVEN EXISTED.  In 2002 I told friends, family, anyone who would listen that I would “someday“ do this Badwater race and, mind you, that was BEFORE I had ever even run any ultra J.  They all basically said the same thing—that “doing Badwater would be NUTS!” 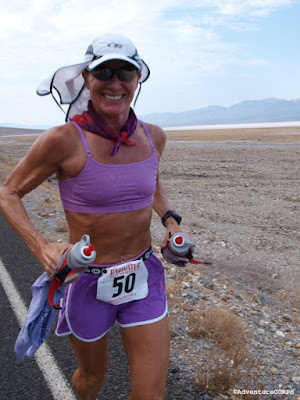 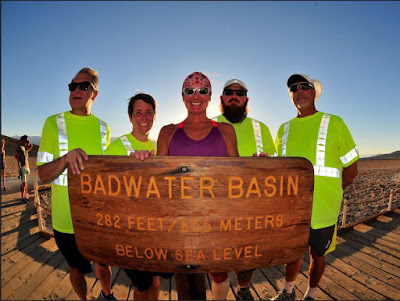 In March, 2014 I ran across the State of California; starting at the Colorado River Bank, (State Line), near Blythe, California and ran to Solana Beach on the Southern California Coast.  In June of 2014, I began, and completed, the first half of my "Down Cali" run, which took me from the northern border of California, just north of Cresent City, down Highways 1, (Pacific Coast Highway), and 101 to Santa Cruz just north of Monterey.  In October of 2014, I completed the Journey down the state to the border of Mexico for a total of 1032 miles. During both segments of the run, I ran approximately40 miles per day.

In May of 2016, I joined forces with the “Defeat the Stigma” project and we ran across the state of Wisconsin – approximately 300 miles. 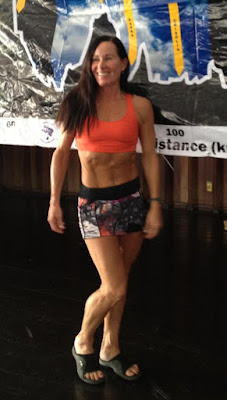 For more information or to make a donate see Defeat the Stigma website  http://defeatthestigmaproject.org/donate/