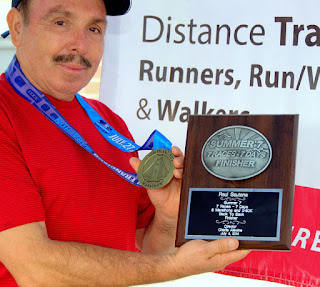 As a father, mega-marathoner, and life-saver, 63 – year- old Raul Santana is both an avid runner and an unassuming hero.  Eight years ago, Raul saved his friend’s twelve-year-old son (who was dying of leukemia) by donating his bone marrow.  After donating, he dedicated his following marathon (Long Beach Marathon) to this recipient and gave both his marathon t-shirt and finishing medal.  Now as an adult, his recipient still wears the medal.  He never takes it off and whenever anyone asks about it he always tells the story of how Raul saved his life.  Every year 6,000 people are diagnosed with leukemia and need a bone marrow transplant.  75% of these people do not have a compatible donor in their family.  Raul is one of eleven million donors who made a difference and saved a life.  We salute you, Raul. 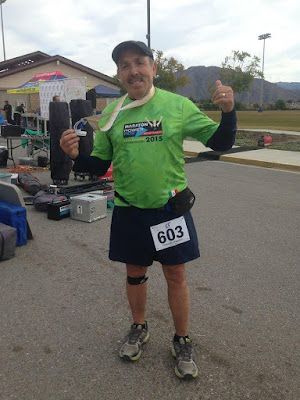 Raul started his running journey in 1976 when he ran his first marathon in Mexico with an impressive time of 2:42:00.  Since then, Raul has run over five hundred marathons, an extraordinary feat. His remarkable 500 was Revel Canyon Marathon November 18, 2016.  But like any journey, there are always challenges along the way.  Raul’s spirit and love for running was put to the test when he was diagnosed with a tumor in his right knee that was so severe, the doctor believed that Raul’s whole leg needed to be amputated.  Fortunately, this wasn’t the case.  Instead, he underwent surgery and the tumor was successfully removed, but Raul was told that his running days were over. It was very hard to absorb the news, but modern medicine could not supersede his will and running spirit.  As a runner you fight through and never quit, and when the doctor ordered him not to walk more than one mile, the runner in Raul secretly ran fifteen miles. 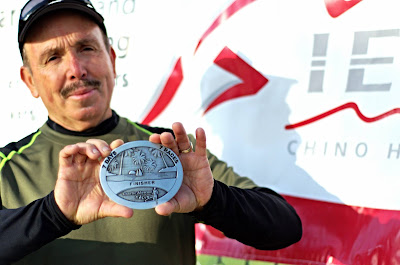 Now, Raul is completely cured and recovered and not only runs marathons, but ultra-marathons (100 Miles) as well.  This man is unstoppable.
By Katherine Truong & Elva Gomez