21 Days of Inspiration and Motivation - Day 22 with Jim Schroeder

Running For My Life 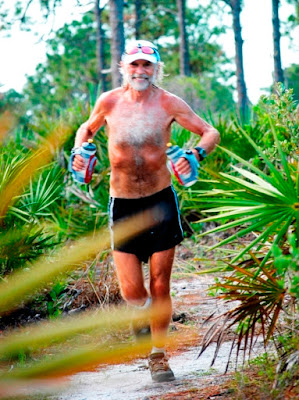 An Iowa Boy’s Journey
If you gain their trust and ask an ultra runner you will find that there is a backstory, sometimes mundane, sometimes very unique and interesting. My story is a combination of youthful running exuberance and later and harsher life experiences that many endure.

My complete stories can be read in more detail in my running book trilogy: (i) Zen Track Rambling, (ii) Running for my Life: A Journey Through Space and Time and (iii) Running Across a Candy Planet, available through
https://www.amazon.com/Jim-Schroeder/e/B009HTS5SY 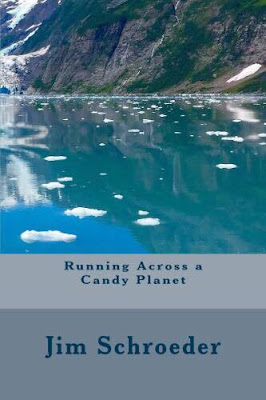 Mind you my first marathon was August 2001 at age 54! So if you are 30 or 40 years of age and feeling like you cannot start running or walking, well put that negative thought aside! Trust me, it can be done! 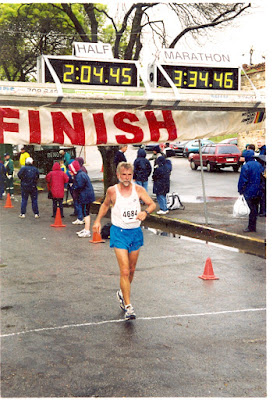 Most recently, age 69 years now, I completed another Icarus Florida Ultrafest 6-day with 242 miles, well short of my 304 mile PR, then rather foolishly attempted the Ancient Oaks 100 Miler on difficult trails just three weeks later. I came close, but dropped out with an injury at 95 miles! Note the Death Stare! Oh so close, yet so far!!! 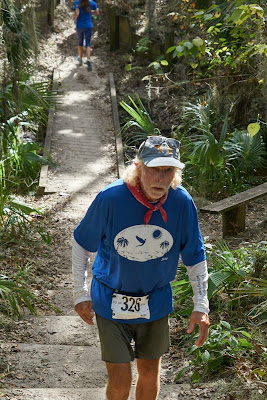 More importantly, how at age 69 years, did I get to the point of undertaking endurance running as a hobby?

My running journey led me to extreme highs, but has also plunged me into the depths of near depression after June 2000, when an injury crippled my running life. I felt discouraged and depressed, and those feelings became apparent in my writing as summarized in Zen Track Rambling.

When I think back to that time, I realize that writing had become my therapy, my way to understand my own fears and to express a hope I did not yet feel.  When the pain from my injury subsided—it took six long months—I felt the adrenaline urge again, but this time I replaced competitive racing with slow, long-distance running.  Similarly, my writing style also changed:  I started to write how I felt during those long runs in the form of race reports—instead of poetry—to memorialize my ultra-marathon experiences.

My running life had finally pushed me forward into positive places on the trails and my spirit of running was renewed. 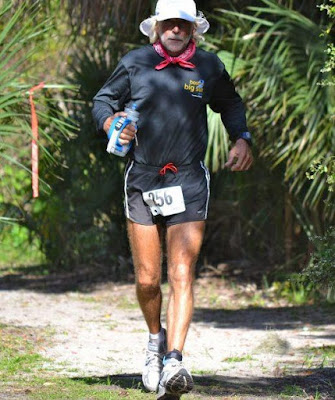 As I re-read Dean Karnazes, Ultramarathon Man, after completing my own Zen Track Rambling I realized there was a lot more to the story and sat down to write a prequel and sequel to capture my experience before and after ZTR. Running for My Life covers my early years growing up in the Iowa countryside, some running through Navy service (not as much as I should have!), falling out of the running habit then grasping running again to work through a difficult time in my first PhD program.

The re-entry into running occurred November 1981 and has continued unabated until the present. Indeed my foray into ultramarathoning commenced after my 60th birthday by completing the MTC 50K in a time of 4:52, my PR and as of this writing has yet to end!

After that you will be unable to resist the marathon’s siren call.

Soon, we will be welcoming you to the dark side as you commence ultramarathoning!!! 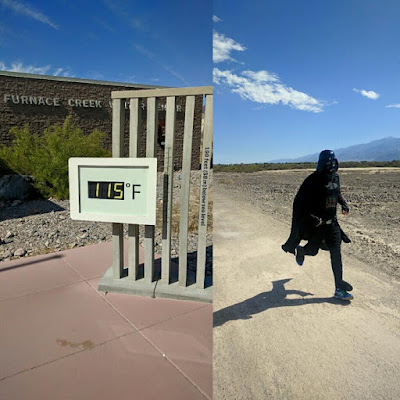 Badwater 135 at Furnace Creek
My book is available on Amazon https://www.amazon.com/Jim-Schroeder/e/B009HTS5SY

For more information message me on Facebook https://www.facebook.com/jimschroeder.animal
-Jim Schroeder-
Posted by Walking Diva at 8:46 AM