21 Days of Inspiration and Motivation - Day 16 with Faith Bennett

You Got to Have Faith

I'm called FAITH! which means; I'm Fully Achieving Independence Through Health (and it helps me remember what I am in need of most-Faith!) I consider my transformation as my own personal little 'MINISTRY' that I "Share" with anyone who will listen.

My FAITH! journey began after I loss my mother, who had been a stroke survivor for over 3 yrs, but eventually lost the battle to heart disease at age 63. Unfortunately, her mother lost the very same battle at age 40. The next month after losing my mother, I learned that I was at risk of the same thing happening tome if I didn't make changes. I thought I was in pretty good health, just a little over weight, but with 5 children I knew I had to reduce my risk and learn the warning signs of stroke and heart disease to break the cycle. 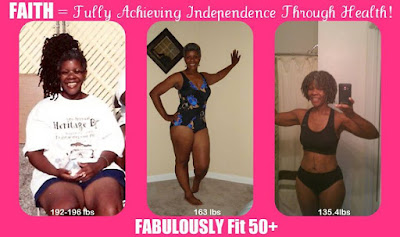 I've dropped over 60 lbs., cleaned up my diet, changed my eating habits and added several different fitness activities to reduce my risk of stroke and heart disease. The first activity being WALKING. The company I worked at started a running club and I asked if I could join even though I was a WALKER and they said yes. Members of that club talked me into doing my first half marathon in 2007 (a few days before my mom's birthday) and I cried as I crossed the finish line wishing she was there to see me. Next year I'll be going back to the Detroit Free Press Marathon & Half Marathon to celebrate my 10 year race anniversary. 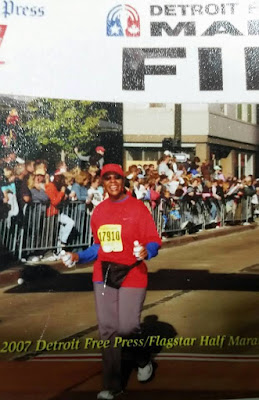 In 2015 my youngest grandson was hospitalized at 6 months old to have fluid removed from around his heart and a few days later he started having seizures. He was born with some health challenges but we didn't know how serious until then. Now at almost two and half years old Brayden can't sit up on his own, he can't feed himself, he can't crawl or walk. Until then all my races had been in memory of my mother, in the American Heart and the American Stroke races I even got to wear her name on a bib on my back. Now every time I do a race it's in honor of Brayden, I always say a special prayer for him to be able to walk with me one day. Abundant Blessings! 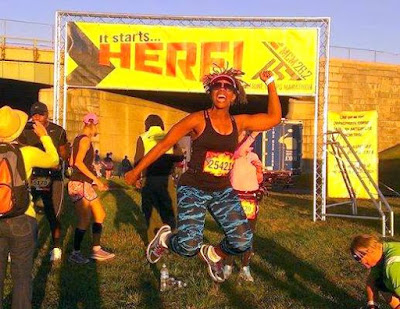 I started a Facebook walking group called Wonder Walkers to join and for more information on my 2017 Walking Conference message me.  https://www.facebook.com/groups/468942076622204/ 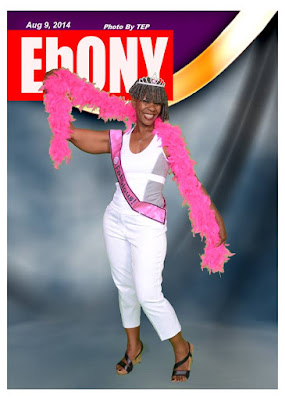