Chasing Away the Clouds 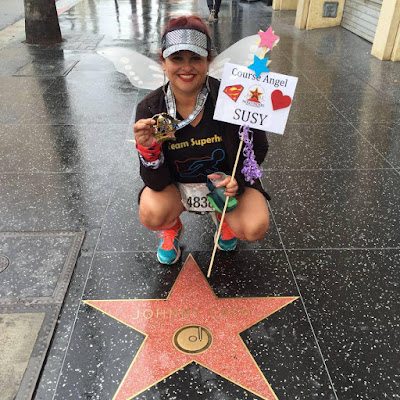 Fourteen years ago I lost my husband to in a drive-by shooting, I was 26yrs old. I was left alone to raise 2 kids on my own. I had gained some weight due to depression and lack of motivation. I felt like my life was over and I didn’t look forward to a new day. In 2013 my 15 yr. old son came home from school one day and told me he was joining SRLA to run LA Marathon. I didn’t know what that was or meant at the time. I just remember signing the forms and getting his physical done. During his physical the doctor notified me that his cholesterol was high for his age. Many months of training and many blisters later he completed his first LA Marathon in 2012. My son had gained his health and a huge accomplishment which I was beyond proud. Something inside me sparked when I saw my son crossing that finish line. A few months later I got brave and decided to start training for 2013 LA Marathon. 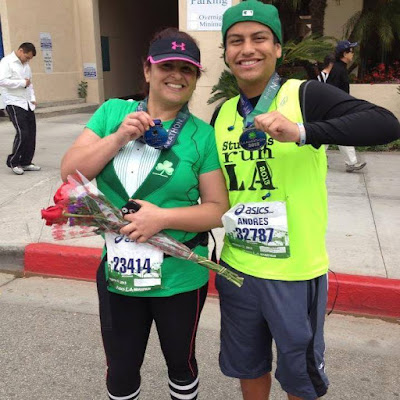 My boyfriend at the time laughed so hard the day I mentioned my plan to him. I cried for days and started doubting myself. A week later I went for a run and started training with my son’s SRLA team on the weekends. The SRLA coach gave me a copy of the running schedule which I followed rigorously. A month before LA Marathon I ran the 18 Miles Friendship Run which I ended up twisting my ankle. I was so devastated that I wouldn’t be able to finish LA Marathon since it was 4 weeks later and I hadn’t healed. I couldn’t throw away months of training for nothing. The morning of LA Marathon I wrapped my ankle and showed up ready to run. I finished my first Marathon ever with a swollen ankle and mutated blisters. None of that mattered since I felt alive and full of joy, something that wasn’t felt in a very long time. 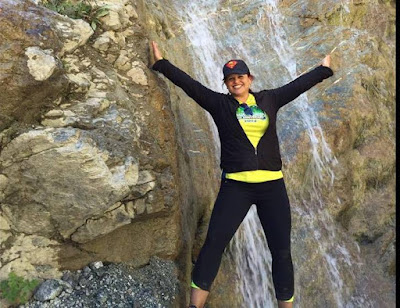 My injury put me out for 4 months before I ran another race. I didn’t really want to run another marathon again so I just ran 5K’s and 10K’s. I had met so many amazing runners that motivated me to run another marathon and this time I wouldn’t run alone. I gained a new life full of joy and the drive to be a better person. My new passion has showed me new places, new friends and a new running family. I have completed more than 60+ half marathons, 6 full marathons, mud runs, and as of last month 2 Ragnar medals. My new passion is now hiking. 2017 will be filled with new adventures and places to explore. I’ve never been happier and I always look forward to a new race. 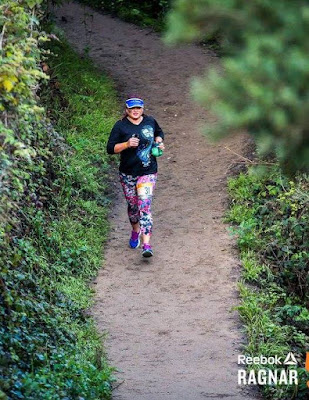 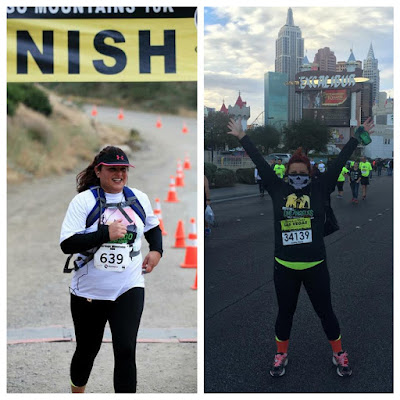 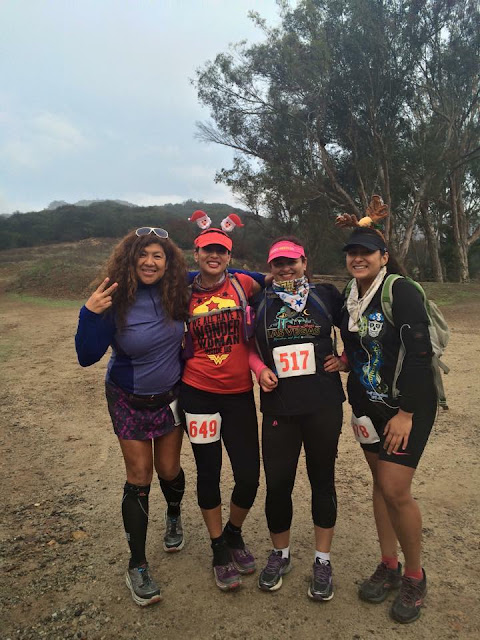 Sharing my passion with my sisters.
-Susy Vargas-
Posted by Walking Diva at 6:53 AM